Leveraging IPython, this project aimed to create a kernel where the MetaCall Core can be loaded and launched through a Jupyter Notebook interface. With this Notebook, the users can try out writing and embedding code in different programming languages. It would also make it possible to use the MetaCall API and achieve the goal of bringing a unified interface for developers to try out and leverage MetaCall.

This year's project achieved the following:

Setting up the Kernel

The first step of the project was to set up the wrapper kernel using IPython and expose it on a Jupyter client. Initially decided to go with Xeus, a C++ framework used to build Jupyter kernels, we moved forward with IPython. I created a wrapper kernel, which can be built and set up using Setuptools as the build system. The initial kernel forks a MetaCall exec subprocess and loads the code on a temporary file before passing it to the exec and retrieving the standard output.

The mechanism was not sufficient to move forward with defining extra languages (we provided initial support for NodeJS), hence we moved forward with automated language inference models with guesslang. Guesslang, provided a high-level API to automatically detect programming languages through the code. This affected the processing speed and we had to do away with the same later, in favour of user magics for faster inference. 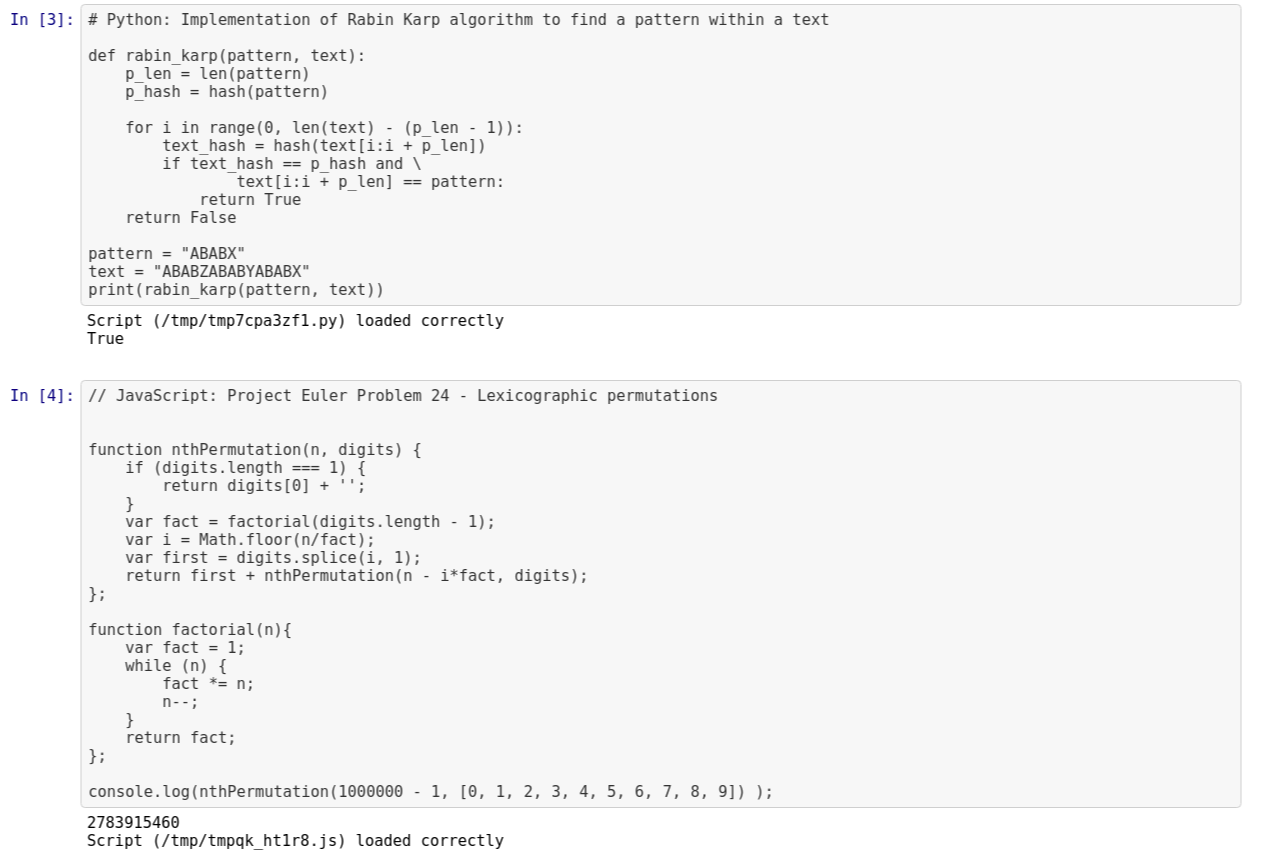 The second step of the project was to integrate the Polyglot REPL. For this milestone, I collaborated with @viferga and worked on a NodeJS-based REPL (Read-Evaluate-Print-Loop) which loads a Python and a Node REPL through the MetaCall's meta-object protocol. The REPL, which makes use of a high-level API, made it possible to extend its usage as per our understanding and needs and integrate it with any client interface.

The second part of this was integrating the REPL to the MetaCall Jupyter kernel. To make this possible, we made use of a subprocess that launches the REPL in the background and listens for standard inputs passed. This approach is commonly used by other wrapper kernels, hence we followed the same design principle. As each evaluation is passed to the kernel, the standard output from the REPL is fetched and displayed on the kernel in a clean logger output. This now allows a user to both, load, inter-change, inspect and evaluate the meta-object protocol from the kernel interface itself.

Example usage of the Polyglot REPL on the MetaCall Jupyter

The user-experience centric features I added were:

For continuous testing, I built and managed the CI/CD pipelines for the project. The CI pipelines are built using GitHub Actions. Testing has been implemented using the pytest module, and the CI is responsible for building and validating the source and the documentation.

The primary CI file can be found on the .github/workflows/ci.yml and the codeql-analysis.yml respectively. 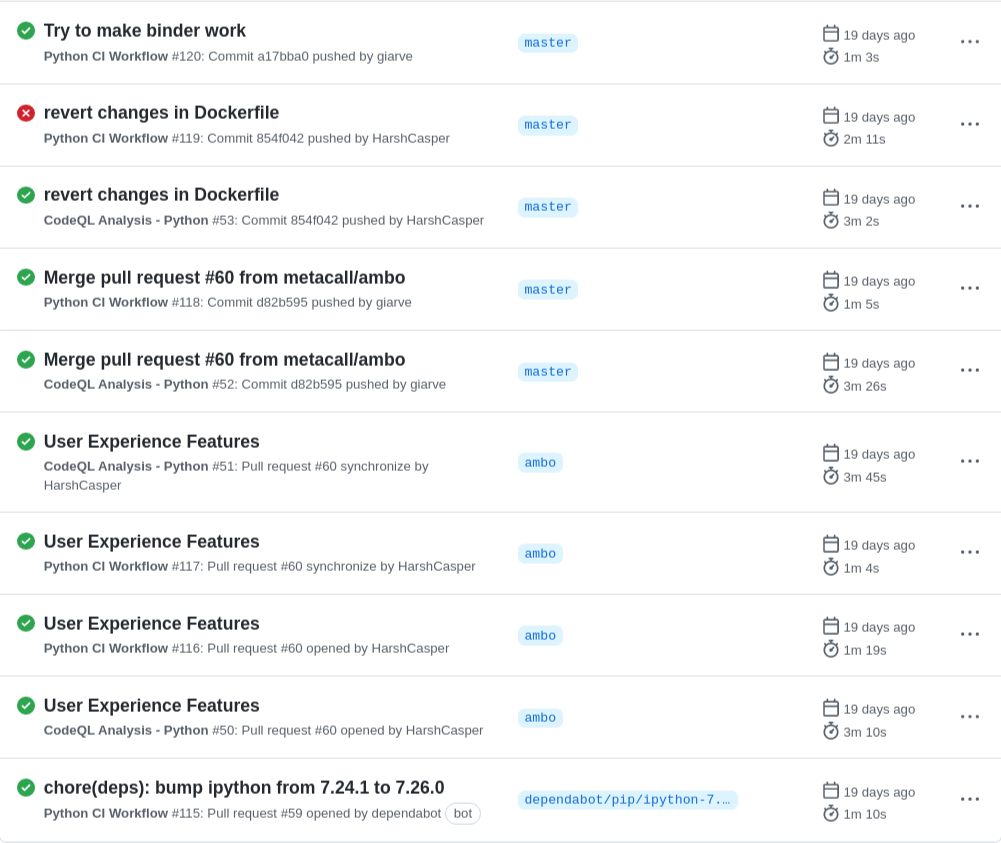 GitHub Actions in action with every Pull Request and push

For documentation, I built and published the MetaCall Kernel and the source documentation on Sphinx and ReadTheDocs. Sphinx is a documentation generator for Python and was the first choice of going ahead with documenting the project. The standard documentation ensures that the community support remains intact long after the coding period of Google Summer of Code is over. It would also ensure that future contributors can work on adding support for many languages as MetaCall Core extends the functionalities for more languages on the upstream.

The kernel has been released on PyPi at pypi/metacall-jupyter. To get started, push on the terminal:

It was a great experience working with the MetaCall team for GSoC'21. Thanks to my mentor Gil Arasa Verge and Vicente Eduardo Ferrer Garcia for giving me this wonderful opportunity and mentoring me. I look forward to continuing being a part of the MetaCall community and continue contributing to Jupyter kernel as well as other projects, like Core, along with helping new contributors find their way around the community.